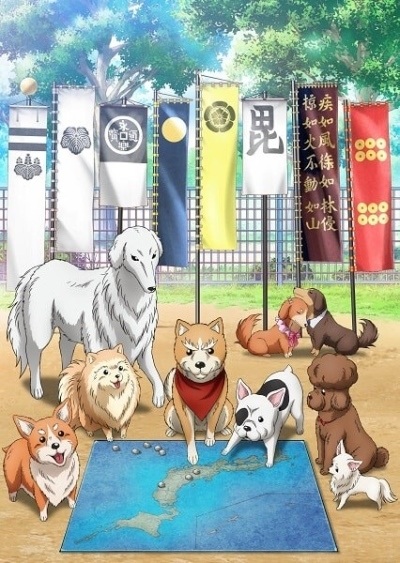 Synopsis:
In the "one-of-a-kind samurai-general-reincarnated-as-a-canine comedy," Nobunaga perishes at Honnouji as in history, and reincarnates in modern-day Japan as a dog named Shinamon. Other Warring States era warlords such as Takeda Shingen eventually join him, also as dogs.